Close to twenty years ago, 12-year old, Sofi* and her young brothers all arrived home from school, accompanied by their neighbor, seriously ill. The neighbor had found them vomiting uncontrollably shortly after getting off the bus. When the youngest boy fainted, he’d picked him up and then helped the three youngsters find their way back home.  They were then rushed to hospital.

“Two or three minutes later and there would not have been any hope for your children,” medics informed the alarmed parents.

The family later discovered that as the children had gotten on the public bus packed with other travellers and students, a middle-aged woman had smiled at them and called them by name. She invited Sofi to sit beside her as the boys stood nearby.

Friendly and kind, she explained she was a prayer partner with the same ministry their father served as a leader in. She chatted away, asking how the rest of their family were. As the children prepared to get off, she offered them chocolates as a ‘token of her love’, unwrapping them herself and putting them into their mouths. Loving chocolate as much as any kids do, they happily gobbled them up.

But almost immediately on descending the steps of the bus, the younger boy began vomiting, then the older, then Sofi … undigested chocolates spewing everywhere. Their concerned neighbor happened by about this time.

Relatives and friends of the family began searching all over for the woman who’d provided the chocolates, but could find no clues anywhere.

By the next day, Sofi’s condition grew far worse. She could no longer breathe properly, and as much as she tried, couldn’t get any words out. As her memory began failing, doctors worried the poison may have affected both her lungs and brain. Fortunately, the boys began to slowly recover.

As Sofi’s condition deteriorated, she fell into a coma. Her family and many church members knelt tearfully before the Lord, claiming God’s promises and asking Him for a miracle.

About 30 hours later those still praying around her bed noticed her face suddenly became remarkably bright. With eyes still closed, a joyful smile spread across her face. She suddenly raised her hands into the air as if trying to catch something. Everyone thought she must be on her way from this world, and cried out in sorrow. Her parents completely lost it. Doctors and nurses on duty hurried into the room.

Just as a doctor reached out to check her pulse, Sofi rose from her bed, her hands still upraised. It looked as if she were holding onto something in the space before her. 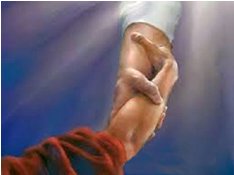 “Jesus! Abba! JESUS! ABBA FATHER!” she began calling out in her native language. She then opened her eyes, gazed at her hands in amazement, looked back in front of her and then pointing to a particular spot cried out: “There is my Father Jesus!”

Her mother reached out to hold her and called her by name. Sofi immediately recognized everyone, and realized she was in the hospital.

She also declared she was hungry. The doctor checked her over thoroughly and advised her parents to feed her something light. Since she had a slight temperature, he also gave her a tablet to bring the fever down.

Before she went to bed that night, she and her family joyfully praised the Lord together. Sofi seemed imbued with new power in her prayer and praise.

Unbeknownst to the family and medical staff, a fellow named Rashid* had appeared in the hallway and with two other men, had been closely watching the goings-on in Sofi’s room. They had come up from the hospital parking area, where, posing as ambulance attendants, they’d been observing from the outside.

Rashid also happened to be in command of a group of militant fanatics seeking to convert everyone to Islam and eventually bring the whole world under Islamic domination. The plan to have the children given poisoned chocolates had been hatched by his group. They were certain the children would die, at least the girl Sofi. The next part of their plot entailed carrying away the child’s dead body along with her family in the ambulance, and then kill the rest of the family.

But as Rashid and his men kept vigil, he witnessed an intensely-bright sphere of light flash down from above and then hover over where Sofi lay unconscious. He saw a hand came out from the orb, touch the leader’s daughter, and then watched her regain consciousness and stand.

He could barely contain himself when he saw blood flowing from a hole in the middle of the hand. He trembled with fear, felt woozy and fell to the floor. The men with him picked him up and scurried awkwardly away with him.

Rashid completely lost whatever peace he had. Disturbing dreams ruined his sleep and he grew convinced Jesus must be ‘after him’.

Feeling unbearably burdened, he managed to locate Pastor Paul, Director of Bibles for Mideast, and confessed everything. Yet instead of being turned in to the police as Rashid expected, he was embraced with tears. He began to read the Bible he had kept on hand simply to criticize and disprove Christianity and found now he could hear Jesus clearly in the words. He readily accepted Him as his Lord and Savior.

Rashid now serves as an ordained pastor with Bibles for Mideast, and works unstintingly alongside his wife and children establishing house churches across the Middle East [we wrote him about him earlier here].

Sofi, now married and with two youngsters, works as a school teacher and, on the side, a Bible teacher. Many of the young people she teaches scripture to, albeit secretly, are Hindus and Muslims who do eventually find the truth in Jesus (see picture)!

Pictures and test: Bibles for Mideast

The grace of our Lord Jesus Christ be with your spirit. Amen.
Philemon 1:25
DailyVerses.net