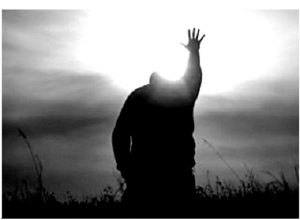 Rashid* had been one of the commanders in a group intent on converting as many as possible to Islam, and with the goal of bringing all nations under Islamic rule.

As the men strove fanatically toward these objectives, they began hearing of formerly strong Muslims who had converted to Christianity and worse, were now spreading the Gospel. So they appointed a special commando unit from among themselves to either convert these ‘infidels’ back to Islam, or wipe them from the face of the earth.

Rashid voluntarily took on leadership of the wing. As time went on, some of their terrorist operations succeeded.

They eventually heard about the work of Bibles for Mideast: how they boldly evangelized people—especially Muslims—in Asia, the Middle East and several third-world nations; how their leader was himself a former Muslim; how they distributed bibles in many languages and were forming underground house churches in various regions.

So they set about in earnest to formulate a plan to hunt down a Bibles for Mideast leader’s family in their area operations. If they could destroy his family and force him back into the Islamic fold, what a great weapon they would have in their war against Christianity.

So they devised a plan to attack and kill the family as they slept at night. But on arriving at their home, they saw what appeared to be gunmen surrounding the house and abandoned that plan.

They then learned from some of the children going to the same school as the leader’s children that since they lived in poverty with little to eat, they were always hungry.

“So we sent a woman with some poisoned fast food to give to the children,” Rashid recounts.  “But on the way, a dog bit her so seriously she couldn’t get the food to them.”

So they tried sending another woman with poisonous chocolates to give the young ones, thinking for sure this would kill them. All three children got sick, but the two boys recovered fairly quickly. The third, a young girl, ended up near death in hospital.

“I was watching with two others from an ambulance near the hospital,” Rashid explained. They planned to wait till they saw the family take the girl’s dead body from the hospital, at which point they would kidnap them all and speed away in the appropriated ambulance.

But nothing seemed to be happening. So they went into the hospital, found the girl’s room and quietly stood watch outside.

“Then I saw a ball of light came down from the sky and stand over the room,” Rashid remembers. “I saw a hand came out from the ball and stand her up. There was a hole in the middle of that hand and the blood was flowing down. I trembled with fear.” Overcome, he fell over and had to be whisked away by his fellow conspirators.

But he couldn’t sleep that night. Whenever he began to drift off, Rashid explained, he’d see the same hand, with blood flowing from it.

“Next night I saw a shadow of a human face appear behind the hand.” He said the face asked him, ‘Why are you nailing me?’

Rashid, utterly unnerved, feared telling his friends anything “because they would suspect me, and I would be killed.”

He did however have a bible—for no other reason than to find verses to criticize Christianity and justify Islam. So he turned to it now with questions.

Opening it, he read: “That was the true Light which gives light to everyone coming into the world. He was in the world, and the world was made by Him, and the world did not know Him.” (John 1:9-10)

“I understood it was about Jesus,” he said with certainty. “And also, I knew that the ball of light that came from above to protect the sick girl was the same Jesus, who suffered crucifixion on the cross by the nailing of his hands and legs.”

Feeling unbearably burdened, he managed to locate Pastor Paul, Director of Bibles for Mideast, and confessed everything. Yet instead of being turned in to the police as Rashid expected, he was embraced with tears.

“When I was an enemy of Jesus Christ, He loved me, too,” Pastor Paul explained. “He was crucified, rose from the dead and gave His life for me. In His love I have to love you, because Christ loves you. I believe Jesus Christ Himself brought you here to share this love and salvation. Jesus is the Prince of Peace, and He gives you peace. Accept Him as your Savior.”

And Rashid did! Soon after he was baptized and now walks and serves in all the gifts of the Holy Spirit. As a leader and anointed pastor within Bibles for Mideast he, alongside his wife, lives to evangelize others.