With forgiveness and a new beginning”

This sermon is translated from German into English. You can find the original video here 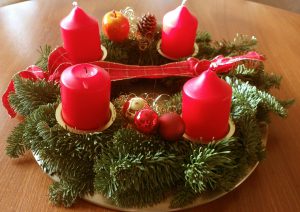 I want to give you a present. God – With forgiveness and a new beginning.

There’s the story of a junior manager at IBM, a computer company. Unfortunately, I don’t know if this story is true. But this junior manager got involved in a risky business for the company and ended up wasting $ 10 million. He was summoned to the CEO’s office. The junior manager was so overwhelmed by guilt and fear that he immediately blurted out: I take it you asked me to fire me. Please. I am resigning from my post. The boss replied: You are probably kidding. I just put ten million dollars into your education. I can’t afford to kick her out.

That sounds too good to be true.
How nice it would be if we dealt with mistakes, failures, and guilt that we have put on ourselves in this way. And how much do we sometimes wish we could just turn the clock back again? How do you just start over in a game?
In our lives, it is more like the social point system that China is trying to implement in its whole country. Everyone gets 1000 points at the beginning.
Those who behave well will be rewarded.
Those who are socially committed, look after people in need or donate money receive bonus points.
Anyone who harms the community will be punished.
Anyone who drinks too much alcohol, crosses the street when red or even commits a criminal offense, gets point deductions.
People who achieve a high number of points get apartments, cars, study places, travel tickets and the like more quickly.
People with low scores, on the other hand, have to accept disadvantages.
This is intended to limit corruption, crime and, in general, anti-social behavior. Respectively, positive behavior that serves the community should be encouraged. The problem with this system is: the state defines what is good and what is not good, and this system is merciless.
That doesn’t correspond to our value system, does it? Interestingly, that is exactly what many people think of God. If there is God, then He registers and evaluates my every action and thought, and rewards the good and punishes the bad. Most people’s religion, when they believe in a god, looks the same whether it’s called Animism, New Age, Hinduism, Buddhism, Judaism, Islam, or Christianity. And even those who do not really believe grumble at God when bad things happen to them. It’s just interesting that they usually never ask about him and don’t associate good with him. It’s like trying to climb an imaginary ladder to heaven.
But at Christmas, the unbelievable happens:
God comes to stay in the picture, descended the ladder to us humans, becomes human. Lives among the poor and outcasts and shows that he doesn’t just want to be there for a moral or religious elite, i.e. for people who have at least 2000 points in their account. Jesus clashed with no one as strongly as with people who had an astonishingly high “score” in their social ranking. On the other hand, Jesus shows that you can come into contact with God even if you have a very low score. When you realize that you are not enough, you have failed, you are full of guilt and mistakes. In Luke 19 we read of an encounter that makes this very clear:

1 And Jesus entered and passed through Jericho. 2 And, behold, there was a man named Zacchaeus, which was the chief among the publicans, and he was rich. 3 And he sought to see Jesus who he was; and could not for the press, because he was little of stature. 4 And he ran before, and climbed up into a sycomore tree to see him: for he was to pass that way. 5 And when Jesus came to the place, he looked up, and saw him, and said unto him, Zacchaeus, make haste, and come down; for to day I must abide at thy house. 6 And he made haste, and came down, and received him joyfully. 7 And when they saw it, they all murmured, saying, That he was gone to be guest with a man that is a sinner. 8 And Zacchaeus stood, and said unto the Lord; Behold, Lord, the half of my goods I give to the poor; and if I have taken any thing from any man by false accusation, I restore him fourfold. 9 And Jesus said unto him, This day is salvation come to this house, for so much as he also is a son of Abraham. 10 For the Son of man is come to seek and to save that which was lost. Luke 19, 1-10
Zacchaeus was a tax collector. Rich but hated. Because the toll collectors made common cause with the occupying power of the Romans and also enriched themselves with their fellow men by demanding excessive tariffs. And then it says that Jesus came to the city. And a lot of people ran together. You have to imagine it like the Pentecost parade here. Jesus walks through the city, many go with him, some stand and look. And Zacchaeus really wanted to see Jesus.
Why does this guy really want to see Jesus?
Is not written here. But I notice that it is still the same today. Why do people really want to see Jesus? Why do people seek God?
There has to be some longing, something that makes us humans go looking.
And I assume that we as human beings have an inkling that there is God, combined with the desire to get to know him. Many religions express exactly that. A longing, like a child who grows up without a father, at some point asks about his father. Who am I. Where i come from Where am i going And why am I even here? These are the questions that each of us has at some point. Perhaps also a longing that we feel when we have tried a lot and yet it does not fulfill us. So it was with Zacchaeus: his wealth did not fill him. The Church Father Augustine once put it this way:

Our hearts are restless until they find rest, God, in you.

And if you are here today or watching the livestream, and you are looking, then I invite you to take a closer look at Jesus and find out what he is all about.
Zacchaeus was dying to see Jesus.
And that’s why he went where Jesus was. He wanted to see: what is he saying, what is he doing. But now there was a problem: Unfortunately, this 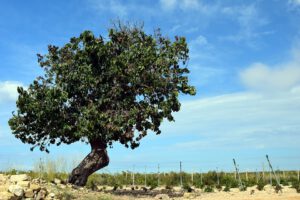 Would you like to get to know Jesus Christ too?